Donate to The Hub – Ireland

All donations,
will help us help you.
Thank you.

This article is not quite correct, the corrections are: Corrections to the article about Ulster Bank, published in the Irish Examiner on the 5th of June 2014.
The facts as printed are not always correct:
A: We have written confirmation from Ulster Bank that the Bank implemented these changes to all loans and overdrafts accounts, both business and personal, at a time when banks group RBS were manipulating the index.
B: The letter informing customers of the change to the terms and conditions were sent to customers in March & April of 2006, not January as suggested in the article.
C: All customers with these changes, from Prime index to Euribar index; are entitled to a refund of all interest charges after the date of implementation, 20th May 2006.
D: By implementing these changes the Ulster Bank are implemented an unfair term in a consumer contract: SI27/1995EU regulations on unfair terms in a consumer contract, conflict of interest and breach of contract.
E: This refund of all interest paid is due to both customers who are in arrears and who are of current stats with their accounts, however excepting a refund will question any further recourse on the issue.

“A successful legal challenge by an Ulster Bank customer to get the full interest portion of his loan written off could pave the way for a number of similar cases”.

This could be the nail in the coffin for Ulster Bank.

LIBOR: A US regulator has sued 16 banks for allegedly manipulating the London interbank offered rate (Libor).

The Libor rate is used to set trillions of dollars of financial contracts, including mortgages and financial transactions around the world.

The regulator said the manipulation caused substantial losses to 38 US banks which were shut down during and after the 2008 financial crisis.

The sued banks include Barclays, HSBC, Citigroup and Royal Bank of Scotland.

‘Royal Bank of Scotland has squandered every penny of taxpayers’ rescue cash after racking up £46 billion in losses since the financial crisis.

This equates to more than £1,500 for every taxpayer in the UK.

The state-backed lender delivered the grim figures yesterday as it revealed it had slumped further into the red. Some £1.7 billion was wiped off its value as shares plunged by almost eight per cent.

The bank posted an £8.2 billion loss for last year and sparked another row over pay with plans to award £576 million in bonuses. The loss was driven by a spiralling bill for mis-selling and restructuring costs and is the biggest since it posted the worst loss in UK corporate history of £24 billion in 2008.’ 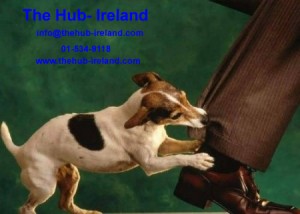 Ulster Bank said
“In a message to bondholders concerns were raised that writing to the 48,423 homeowners whose mortgage is affected would also be likely to generate unfavorable media attention and comment which could materially impact both the timing and amount of collections on the mortgages”.

Judgment obtained by fraud by RBS

The Lie in Libor

A successful legal challenge by an Ulster Bank customer to get the full interest portion of his loan written of could pave the way for a number of similar cases.

A businessman from the west of Ireland, who did not want to be identified because he is appealing the decision, took his case against Ulster Bank on foot of the massive fines imposed on Royal Bank of Scotland (RBS) following its conviction for manipulating the euribor [euro interbank offered rate] index.

Ulster Bank is a wholly owned subsidiary of RBS. The basis of this case was a letter sent by Ulster Bank to the businessman in January 2006 informing him that his loan with the bank had been switched from the PRIME index to euribor index. The index will determine the cost of funding for the bank in any loan agreement.

He argued in court that according to the laws covering bank loans, the terms of a contract cannot be changed unilaterally and that neither party has the right to manipulate the underlying index from which the loan is priced. Last year the European Commission fined a number of banks, including RBS £1.7bn for manipulating the euribor index between September 2005 and May 2008.

In the case which was heard last month, Ulster Bank was ordered to write off the interest on this loan. However, the businessman is appealing the decision on the basis that he wants the original loan contract declared null and void.

A businesswoman, Clare Leonard, is taking a case against Ulster Bank on the same grounds. She is suing the bank for what she claims is a “conflict of interest and breach of contract” on the basis even though the interest rate on her loan remained fixed, Ulster Bank/RBS was increasing its profit margin because it was manipulating the euribor index to artificially low levels. She also wants her original loan contract to be declared null and void.

Ms Leonard says that she has been in contact with roughly 50 current and former Ulster Bank customers who are already in legal disputes with the bank over loans in arrears but whose contracts were changed from Prime to euribor. They also plan to challenge Ulster Bank on these grounds, she says.

Ms Leonard estimates that overall thousands of Ulster Bank customers could be affected by the court ruling last month. However, a source close to Ulster Bank says the number of customers that were switched to the euribor index is very small.